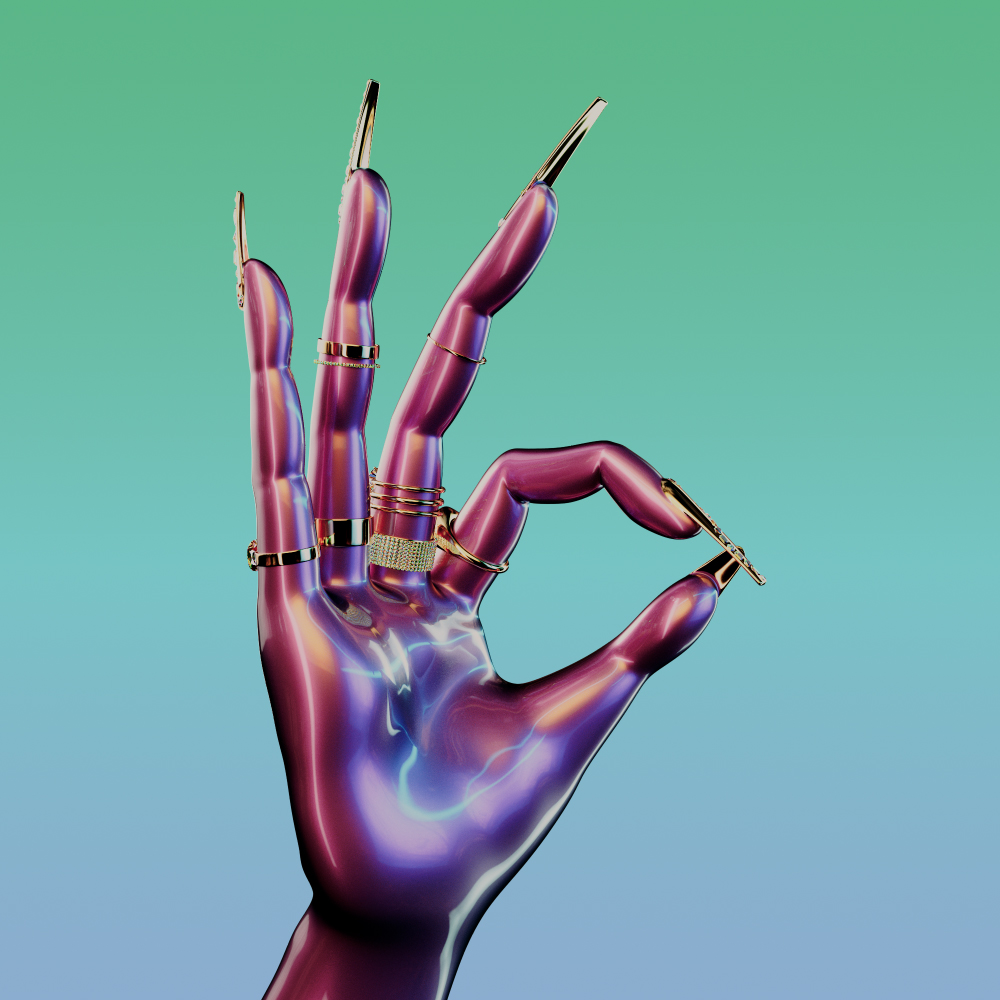 On one hand, I was interested in mastering certain tools & techniques; 3D modeling, rigging, lighting, etc. On the other hand, I’ve always been interested in hands for their expressive potential. I’d been following the Instagram account @subwayhands for a few years, amazed by the amount of information hands could divulged. And yet I knew the medium I was using (3D digital art) probably wouldn’t lend itself to narratives of human intimacy, the way that photos did. Digital art is mostly other-worldly.

Then I read about the symbolism of hands in The Book of Symbols (ARAS, Taschen). The text helped me consider the mythic perspective, and I finally started to see god-like, other-worldly potential of *H*A*N*D*S*

The Book of Symbols

There's no use denying that I was also influenced by the 3D nail trend, holographic gradients, various emoji hand signs, and a magpie's attraction to shiny objects.

Below, one of my first hand projects inspired this post from @subwayhands

For most of 2021, I was part of a large team at Sibling Rivalry working on the BET Rebrand. The first deliverable was a graphics package for the 2021 BET Awards. The client wanted to use this tentpole event as an opportunity to premiere BET's new brand identity.

These short bumpers show the BET logo behavior of opening to frame the content. The concept for the Awards was to layer past performances with textural video and sound. It was fun to pair the background video textures with live performances, and to create an exciting soundscape with overlapping clips.

Over the course of a year I worked with Public Address to help bring to life a colorful identity for FIFA Women's World Cup 2023. Public Address engaged me during their pitch to FIFA, so it was very gratifying to see this project from pitch to final product.
‍
The animation above is a re-interpretation of FIFA's traditional trophy, in a geometric 2D style that is revealed to be a dynamic 3D sculpture in animation. 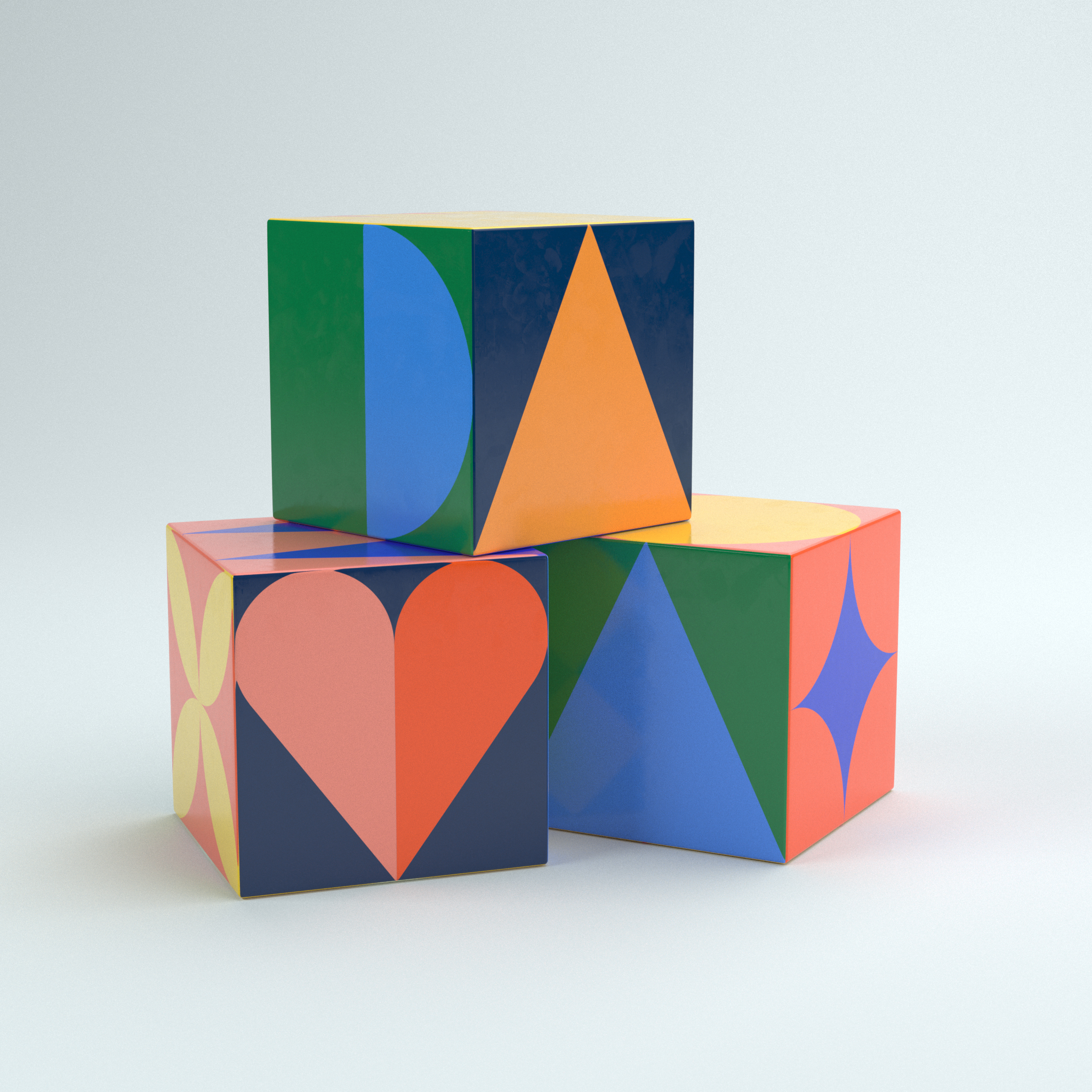 For the final identity, Public Address created a circular emblem representing the way thirty-two nations gathering together around soccer. We also created a set of animated patterns inspired by soccer, as well as the host countries, Australia and New Zealand. 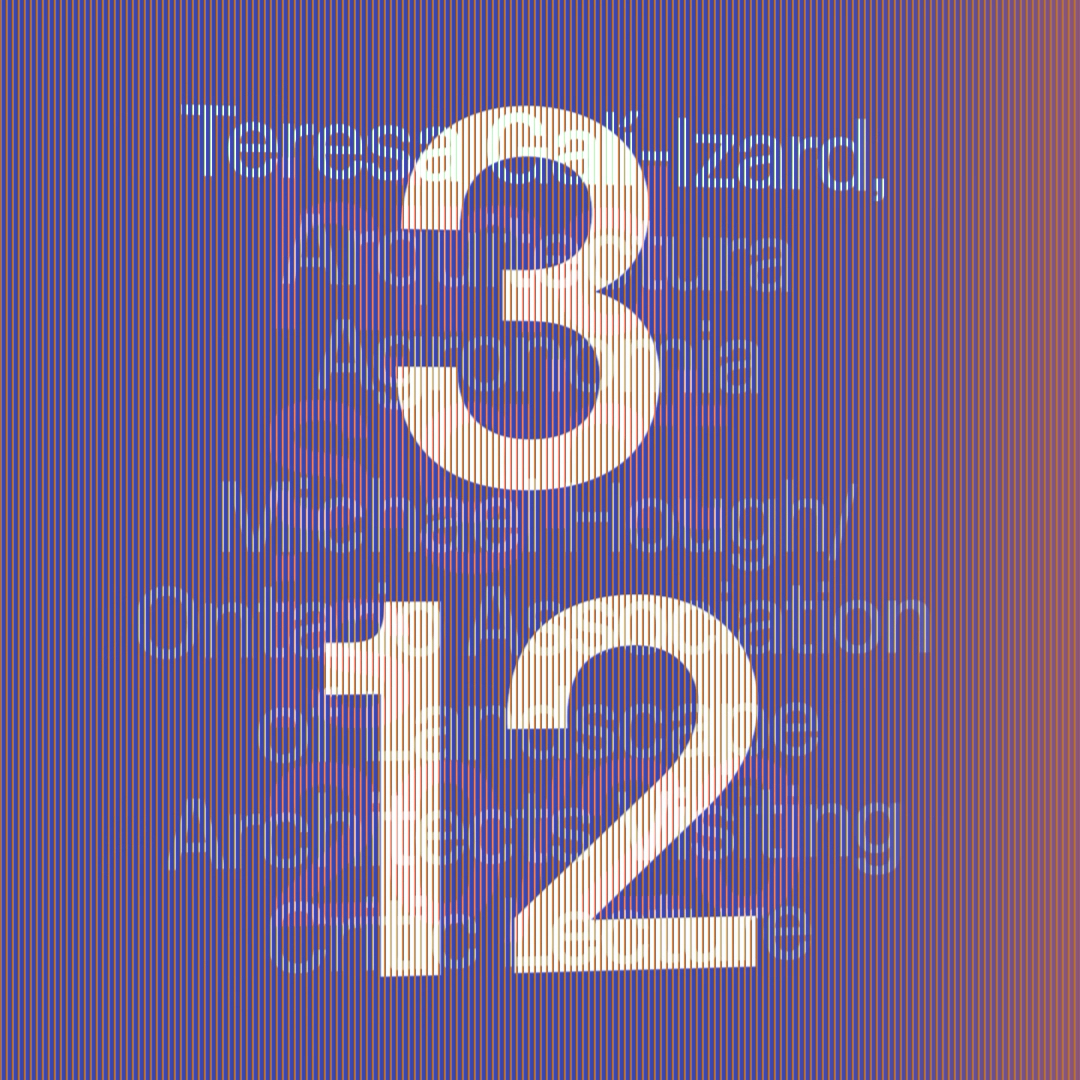 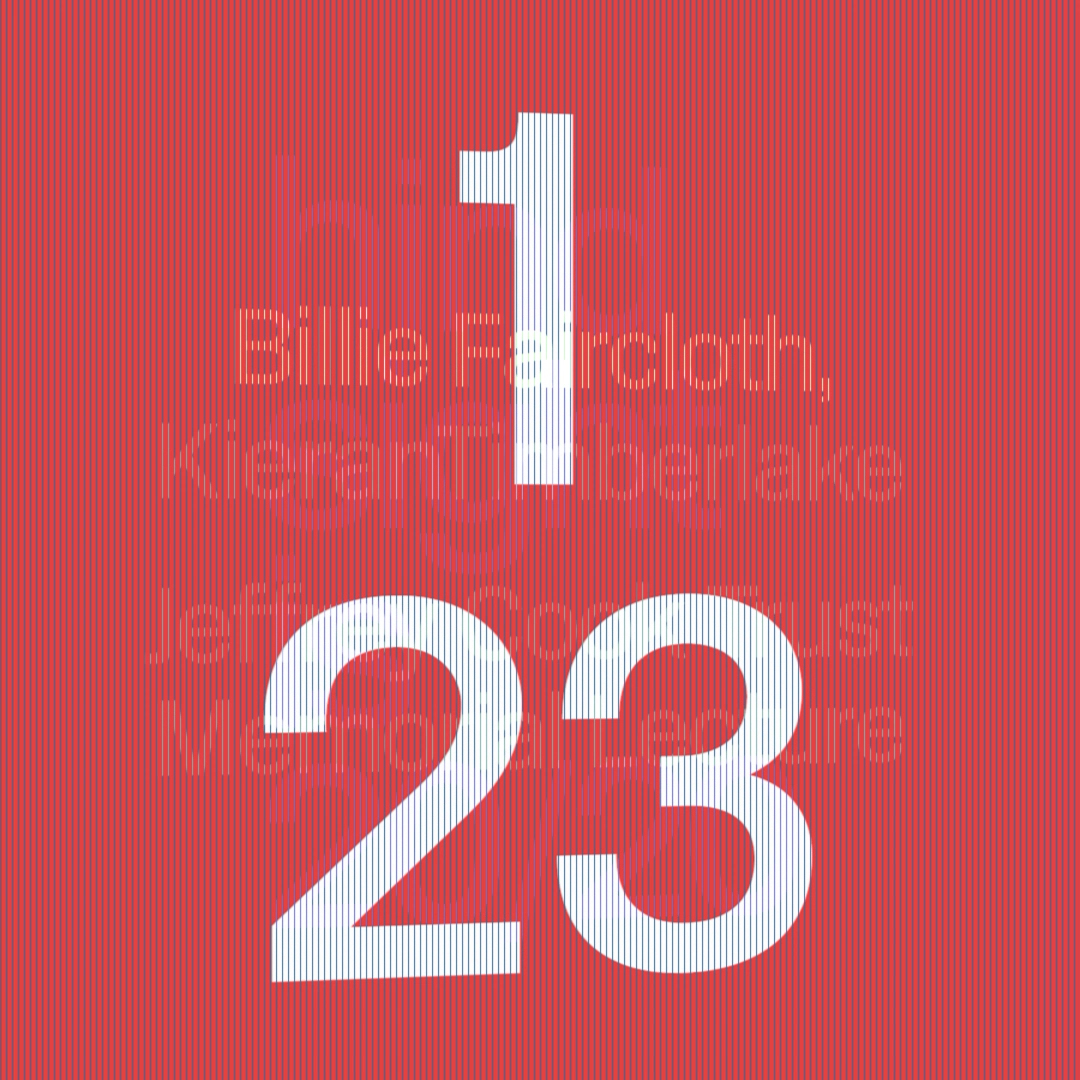 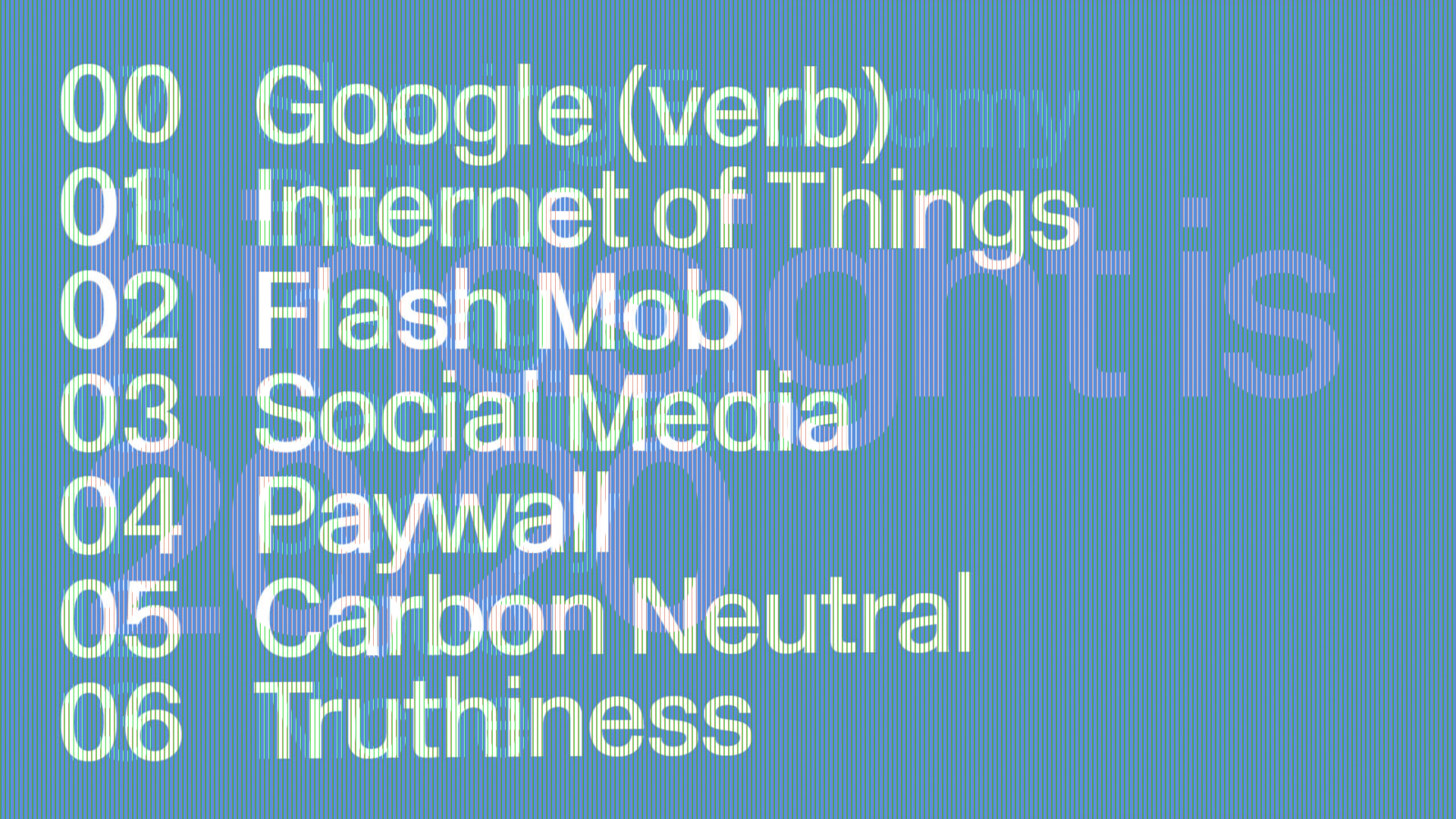 I loved the result so much, I recycled the technique for a personal project. The back and forth motion was perfect for expressing ambivalence.

Between 2015 and 2018 I was truly lucky to be part of the amazing group of people at And/Or Studio, eventually serving as their animation director. Here's a small selection of the projects I had a hand in, prioritizing those in which I lead teams of animators. If you scroll all the way to the end, you'll be rewarded with a BTS gem.

I was the lead animator for this delightful And/Or original. If you've ever asked yourself, "what is Content, really?", this one's for you.

I lead a team of animators to create a series of spots around leading up to 2018 Midterm elections for MTV, with the goal with the goal of motivating young voters by explaining what was at stake.

We worked with Verizon's inhouse agency to create a series of spots that came to define their graphic and motion language for may quarters to come.

March for Our Lives

A fast and furious passion project for And/Or, we created six animated explainer videos for the March for Our Lives rally.

The Making of A Really Really Cozy Christmas

While at And/Or, I got to participate in the making of a hilarious/ridiculous holiday promo for Lifetime (as the technical director). The concept behind the spot was a Really, Really Cozy Christmas, where the coziness just gets way out of control (concept by me!). The above is not the promo itself, but the Making Of. While shooting, we decided we wanted to document this very important work, and we got really, really into our respective roles. This is what the And/Or family was about. 🧡

2x4 brought me in to help make large scale videos for Miu Miu Club, a pop up event celebrating the launch of Miu Miu’s first ever perfume. The videos were projected on screens that wrapped the semi-circular space of the Powder Room. Michael Greenblatt, the lead on the 2x4 side, wanted to echo the design of the perfume bottle by adding diamond shape cuts to the video. The beautiful source film, shot by Steven Meisel, is made more surreal and liquid-like with argyle patterned time distortion. Below is a cutdown of the best moments.

Collaborating directly with the creative team at TED, I created a full graphics package for the 2019 TED Women's Conference. The TED team provided me with their style guide for Bold+Brilliant, the theme for that year's conference, and from there I designed and animated six thematically distinctive ways of introducing the speakers over the six day festival.

move cursor over me to make me dance

Fact: People like hot dogs. And they're searching for them, on GIFHY, eager to include hot dogs in their Instagram stories & feeds. Thanks to Instagram's GIPHY sticker integration, this Hot Dog has amassed over 540 million views. Imagining this little tiny wonder gyrating through Instagram stories around the world makes me feel like I've made it as a creative.

"Orange Jiggle" below was my first exercise in 3D modeling, lighting and texturing (and jiggling). Learning to model in 3D is a slog, so I chose a fun object acquired from Archie McFee. The real thing is about the size of a gummy bear.
‍
Once I created a proper model with clean quad geometry 🤓 , I set about learning how to texture. UV unwrapping, subsurface scattering, displacement maps, and other unsexy things were involved. I made sure to reproduce paint imperfections, dirt, and fingerprints for the most realistic render possible.

Hi, I'm Olga and I'm freelance motion designer, & 3D artist based in Brooklyn, NY. In case you were curious, Yolky Palky is a Russian expression that translates literally to "pine trees and sticks". Figuratively, it's used to express astonishment, kind of like "Holy Sh*t!", which is a feeling I try to evoke with my work.